Chubbsafes security solutions including safes, vaults and vault doors and safe deposit boxes are sold and used all over the world, with a particularly strong position in Europe, Africa and Asia.

Chubbsafes is licensed to the Gunnebo security group which is a global leader in security products, services and solutions with an offering covering cash management, safes and vaults, entrance security and electronic security for banks, retail, Cash-in-Transit companies, mass transit, public and commercial buildings and industrial and high-risk sites. The Group has an annual turnover of €610 million, employs 5,700 people and has sales companies in 33 countries across EMEA, Asia-Pacific and the Americas as well as Channel Partners on over 100 additional markets.

Chubbsafes is the oldest safes brand in the world and a leading international security supplier. Trusted the world over, it has been providing solutions for cash, valuables, data and document protection.

Chubbsafes was founded by Charles and Jeremiah Chubb who opened their first manufactory in Temple Street, Wolverhampton. The Chubb brothers started the company by designing and manufacturing safes and locks for banking and financial institutions. In the same year, they patented their Detector Lock, a revolutionary system for that time: the detector mechanism rendered the lock inoperable in case of attempt to pick the lock or to open it with a wrong key.

The Chubb brothers took out a patent for a burglary-resistant safe and set up a safe and vaults and vault doors factory.

The Chubb Lock & Safe Company of Rhodesia Ltd. was founded.

Chatwood-Milner Ltd. became a member of the Chubb Group.

Chubb & Sons Lock and Safe Company Ltd became part of the Racal Electronics Group. Later, Racal separated the company into Chubb Lock Company to manufacture locks for residential and commercial markets and into Chubb Safe Equipment Company to manufacture safes and vaults. All products continued under the registered name of Chubb & Sons Lock and Safe Ltd.

The strength of Chubb was acknowledged by Racal when the group of companies was renamed to Racal-Chubb Products Ltd.

The Chubb group of companies was registered on the London Stock Exchange as chubb Security plc.

The Trident range of safes represents the latest technology in Chubbsafes products being the first ever to offer triple certified protection against burglary, fire and explosives.

New graphic identity revealed. To ensure the brand remains relevant, the Chubbsafes identity has been refreshed with a new set of visual guidelines which modernise the brand but still pay tribute to its strong heritage. 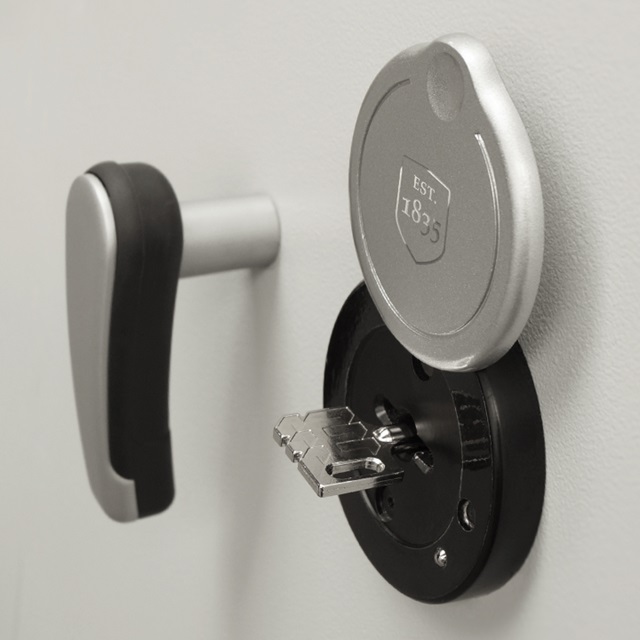