Burglary tests
Safes and vaults undergo tough independent tests which certify them for a certain level of burglary resistance. This level of resistance is given in Grades starting at 0 and, climbing to VI for safes and XIII for vaults.

The grading system is particularly important for insurance reasons, as the contents of a safe will only be insured for the correct value if the safe carries the appropriate grade.

To grade a safe, a test must be carried out by an accredited institute. A combination of factors is taken into account including the size and effectiveness of the attack tool or tools used, the time taken and the skill of the person trying to break into the safe.


Fire tests
Fire safes undergo extremely tough fire tests to show that they will protect your documents or digital media in case of a fire.

The Fire Endurance test simulates the searing temperatures of a real office fire by heating a safe in a furnace to temperatures around 1000˚C.

However, in reality, the contents of the safe must not only survive the fire itself, but also the period after a fire has been extinguished when the surrounding temperature is still enough to destroy the documents or digital media inside. That is why the test also involves a “cooling period” of several hours. If the contents remain protected during this period, then the safe passes the test.

It is not just the temperatures you have to worry about – would your safe survive falling through several floors into a raging fire? With the structural damage a fire inflicts on a building, it’s likely to happen. That’s why fire safes are also subjected to a Fire Impact test. This shows that the safe will still protect its contents in a severe structural fire.

These tests are determining the resistance of security doors according to EN 1627 (for windows, doors and shutters) and EN 356 (for security glazing).

EN 356 standard defines 8 levels for resistance against vandalism object or attempted manual attacks (from P1A to P5A and from P6B to P8B).

There are two main standards:

The EN 1522 standard for windows, doors, shutters and blinds defines 7 resistance levels for pistols, rifles and assault rifles (from FB1 to FB7) and for shotguns (FSG). 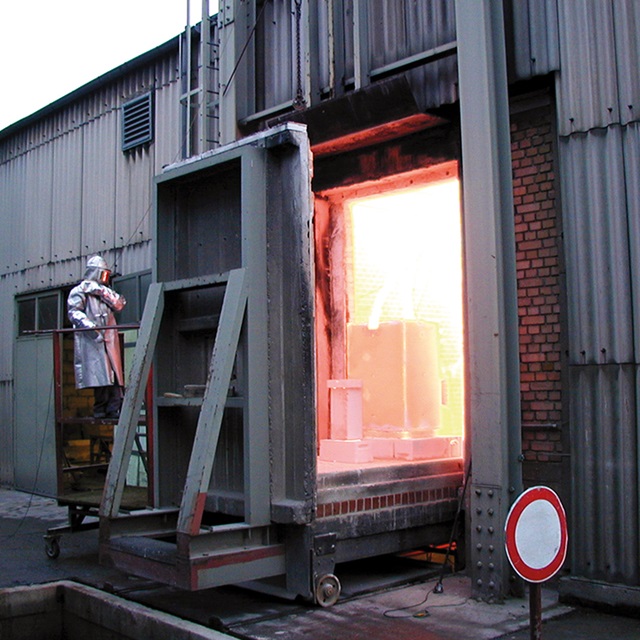